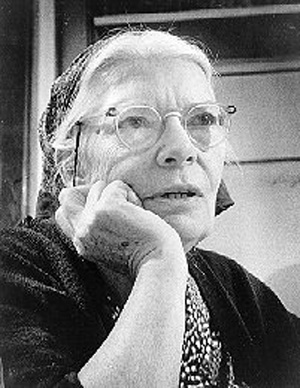 “Church was an unknown experience, except when sitting on the steps of a little wooden black church in Mississippi, listening to the music. I set about living daily my Christianity. I had the Scriptures and a book of the Fathers from Fr. Joseph. I took each point and started practicing, as I grasped each point. Life simply suddenly presenting me with situations, to which I had to respond as a Christian.”

“After my baptism and chrismation, I studied Scriptures with Fr. (later Archbishop) Joseph Raya and somehow Matthew 25 and Luke 4 struck me like lightning. The mission of Jesus, I knew, was my mission.”

The History of Emmaus as a Melkite Ministry, Father David Kirk

“In those days, I noticed that everyone seemingly involved in this movement were Christians. At the University of Alabama during the crisis, I went to all churches for support; the only persons who spoke for the equality and unity of humanity was a Catholic priest. All ministers were racist openly. Found the Roman Catholic church more mysterious than “mystery”; protestant churches all centered on one man, preaching long. Someone told me that there was another half of the Church – “the Eastern churches”. I did not know the difference at the time, but nearest was the Melkite Catholic church in Birmingham, much farther away- was a Greek Orthodox Church. I hitchhiked to Birmingham and found Fr. Joseph Raya, a dynamic, open extraordinary priest.”

“Fr. Joseph taught me orthodox Christianity and a whole new way of looking at God, humanity, church, etc. Different because of its stress, its emphasis, its traditional sources from which it draws food, image and likeness of God leading to the deification of the human person, the God of love unfolding himself into time, the really real, the ground of our being, living to our fullest potential (which is God), Christ and the New Humanity, the spirituality of the heart, the goodness of people. I can remember a hundred teachings because they shocked me, knowing what I had heard from “religion” in the deep South.”

“I set about after I realized I had found my home and was duly baptized and chrismated; it seemed like there was a chorus of hundred angels and spiritual beings in that lonely chapel that day.”

“There were no way blacks and whites could meet and discuss problems. Therefore, I went to the Roman Archbishop in Mobile and asked permission to start a Catholic Interracial Council with a then new and unknown minister, Dr. Martin Luther King Jr., recently assigned to Montgomery. The Bishop refused and I anxiously wrote Dorothy Day. ‘You do not need permission to do good; the Gospel gives you that freedom,’ she wrote back. Dorothy had clearly given me a direction for my life.”

“I realized I was a part of the pioneer network, pre-civil rights, before the larger Martin Luther King campaigns, to which I related after as well. But please understand: I was never a leader; I was a foot soldier, there to support, which I thought was the white person’s role.”

17, a Socialist; 18, an Eastern Christian; A boy and Mr. Faulkner, Father David Kirk

“I was lonely in Mobile for brothers who shared the same radical vision of the Gospel. I was about to accept a teaching job, get married and buy a car. But the Gospel stuck like a grape in my throat.”

The History of Emmaus as a Melkite Ministry, Father David Kirk